On this weeks podcast we speak to Todd Pringnitz President of White Knuckle Productions. Besides creating White knuckle productions from the ground up Todd also has been involved in the design of many of the industries finest products such as the Wicked line of tree saws as well as his newest creation the Tree Thrasher. Todd also happens to be a bowhunting fanatic and has focused his passion on killing very old very mature bucks.  Now Todd does this mainly on his small farm in Iowa but he cut his teeth hunting the same public lands many of  you have hunted here in Michigan.  Todd just so happens to be from the West Michigan area, and hunted some of the areas that John and I still hunt to this day.  Todd is a great guy and we can’t wait to see what else he has in store for this season.  Be sure to follow along at www.whiteknuckleproductions.com

Check out the new apparel from Cervicide: 10% off with code Chronicles 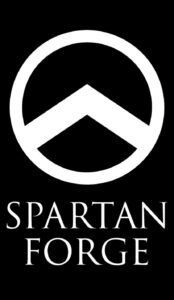